What Is a Server and How Does It Work? 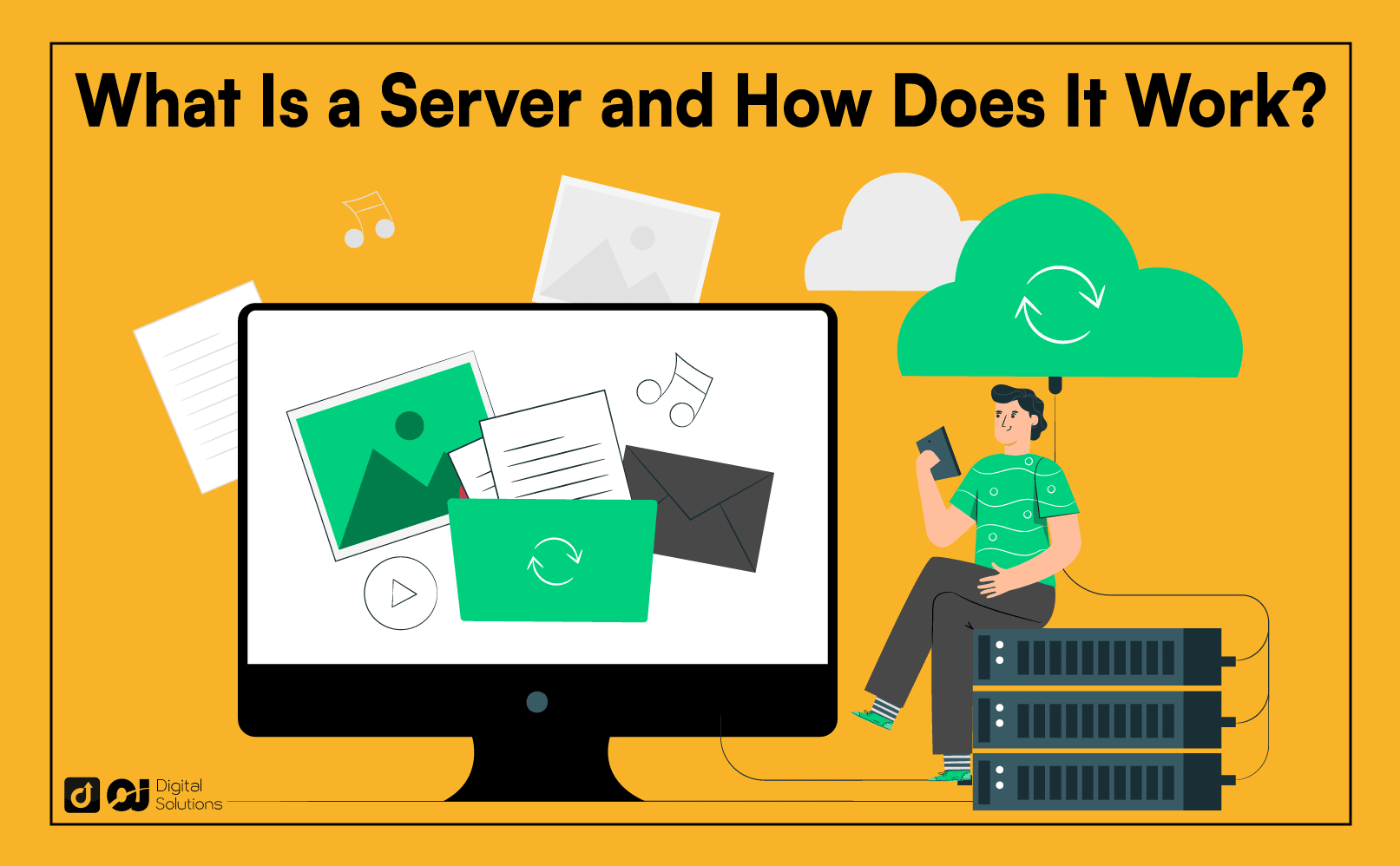 What is a web server, and why do you need it for web hosting?

If you’re planning to build a website, my article will explain everything you need to know about web servers.

I’ll discuss what a web server is and how it works. I’ll also talk about the types of web servers and when you need them.

What Is a Server?

A web server is any hardware or software that accepts and answers requests through a network (or the internet). The server hosts the information, data, or files you access through the internet.

A server processes service requests from clients. Clients are the users at the other end requesting the services.

Servers can handle multiple clients simultaneously, which means traffic. The more powerful your server resources, the more traffic your server can handle.

Clients process these requests from different devices, from computers to mobile devices. Some servers are private, meaning you can restrict access to either limited devices or through a password.

For local file servers, you can only access the server hardware physically.

The reason why some prefer Linux operating systems is that they are open-source. On the other hand, Windows web servers limit you to using Microsoft tools only.

What Is a Web Server?

A web server is a type of server you can only access through the internet. A web server software controls what requests it grants.

A web server is a computer that runs sites, apps, or software.

Web hosting uses a web server to host these sites, apps, or software.

A web server stores web server software that gives you access to its physical server hardware. Depending on your web host, you can access either a part or the whole web server.

What Are the Uses of a Web Server?

You can divide the responsibilities of a web server into three parts: 1) receive, 2) store, and 3) send data. Web server software enables these actions.

A web server receives requests from clients and sends the needed data.

Depending on your web server, you can store sites, data, or code. 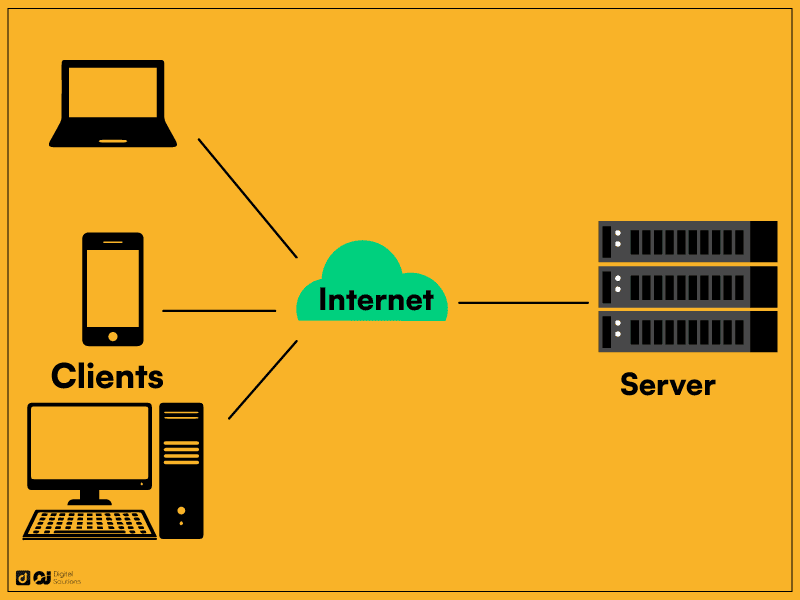 There are two main classifications for a web server; static and dynamic web server.

What Is a Static Web Server?

Static web servers are also known as stacks. They consist of computer hardware and an HTTP server or hypertext transfer protocol.

A static web server sends you the hosted files as they are to your browser.

What Is a Dynamic Web Server?

This web server is dynamic because the application servers update the hosted files before sending them through your HTTP server or hypertext transfer protocol, like the Apache HTTP server.

How Does a Web Server Work?

Other web servers have separate protocols and functions depending on their architecture and purpose.

Here is a simplified example of how typical web servers work.

Here is a more detailed example of how a web server works.

Here are the different types of servers.

A web server is an open-source server for accessing the internet. It uses public domain name software (DNS) to redirect a client’s incoming requests to the correct URL within the web server.

The web server connects, stores, and releases information to the web clients’ web browsers through the HTTP server code. The web server is the most common type of server.

Database servers act as data centers for businesses. You use these servers to host content for file transfer protocol.

The mail server is a client-server model for handling mail. It’s a simple mail transfer protocol continually connected to a network, allowing web users to send and receive mail without running any systems on their devices.

Proxy servers are an additional step between you and the web server. This server processes requests from the client’s side to the web server and acts as the one requesting.

When you use proxies, you input your request from your computer to the proxy and then send your request to the web server.

The web server receives the request directly from the proxy, not your device. The proxy then receives access to the files or content and bounces it back to your device.

Consider a domain name server (DNS) as a phone book with an IP address list. When you make a request, the DNS scans its database to deliver your request.

If the DNS does not find client browser requests, it displays an error message.

FTP servers help you relocate files from another computer. When you upload files, you place them on the server; when you download them, you take them from the server to your computer.

File transfer protocol can also mean transferring one computer to another for safe file transfers.

A file server is a computer or a group of computers that work together to form data centers to hold your files. Unlike the database server, it does not store programs but files.

A DHCP server gives and assigns an IP address, default gateways, and network parameters to specific client devices. It provides your device identity when using the open-source web server.

A virtual machine server is a virtual computer that uses the resources of one physical server. You can have many VMs on one server, each with separate owners.

You can have thousands of VMs on a cloud hosting server because the server has multiple virtual computers.

You use this server to connect to web applications. Instead of downloading all the needed files for the app, an application server stores them for you.

For example, your Facebook app does not have your friends’ pictures, videos, and posts. When you use the Facebook app, you are accessing the app server to access its hosted files. 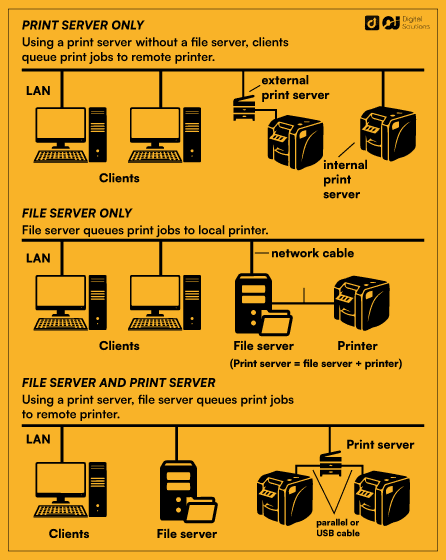 A game server is responsible for holding the files and data accessed by millions of players worldwide.

This server tracks transactions made and used by network administrators to monitor the health and safety of your system. They do not interfere with most user operations.

There are two classifications of servers, 1) the physical server and 2) the virtual server.

Here is how they differ.

The physical server is a computer server with various hardware.

The most common physical servers are proxy servers, web servers, FTP servers, file servers, database servers, and print servers out of the list above.

An example of a physical server in web hosting is a dedicated server since you rent out the hardware.

The virtual server exists on software on top of physical hardware. The virtual server needs a hypervisor to create, manage, and compute resources like storage and memory, which it divides among virtual machines.

An example of a virtual server in web hosting is cloud hosting since you rent space and resources from the cloud. 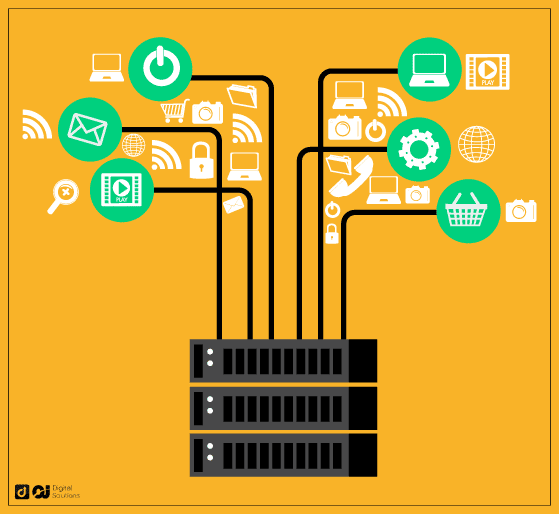 Here are the four types of web servers, differing in architecture and function.

The Apache Web Server runs approximately 60% of all machines. Many people choose Apache due to its stability and modular structure, making it easy to customize.

Microsoft Internet Information Services (IIS) is one of the leading web servers within the Windows ecosystem. Although it is not open-source, you can integrate it with other Microsoft products.

People choose the IIS server if they want Microsoft’s professional customer support for simple and technical problems. Since it’s a Microsoft product, you can access other resources and tools within the company’s ecosystem.

It uses small and predictable resources to give you a better idea of how the server is functioning. This server hosts 7.5% of global domains.

LiteSpeed offers what Apache does but with improved performance and lower operating costs.

This server is already compatible with most features on Apache, like mod_rewrite, mod_security, and .htaccess, and can replace all functions.

Transitioning to Apache will only take 15 minutes without any downtime.

How To Choose The Right Server

Some web servers can be expensive. Thus, it is crucial to only subscribe to the server you need.

Here are things you have to consider when getting a server.

What Type of Server Do I Need?

Ensure you know what type of server you need. Picking between a file server, database server, or application server can be challenging.

Depending on your project, you might need to use multiple servers simultaneously. Building an app with a web browser interface or function requires an application server and a typical web server.

Some servers run together, like a web server, DNS server, and FTP server, when a client searches for a URL. They could also run the requests through a proxy server to add security.

Consider these elements if you choose a web server.

Use a physical or virtual server depending on your technical expertise and purpose.

If you need absolute security, you might need a physical server.

Meanwhile, you might need a virtual server for efficiency, affordability, and scalability.

The benefit of getting a physical server through a web host is you don’t have to worry about maintaining, managing, buying, or setting up the equipment.

I hope my article gave you a clear idea of servers and what to consider when choosing one for your business.

If you are looking for a web server for your website, you should also look for a good hosting and domain provider.

Another thing to remember is the difference between a host and a server. 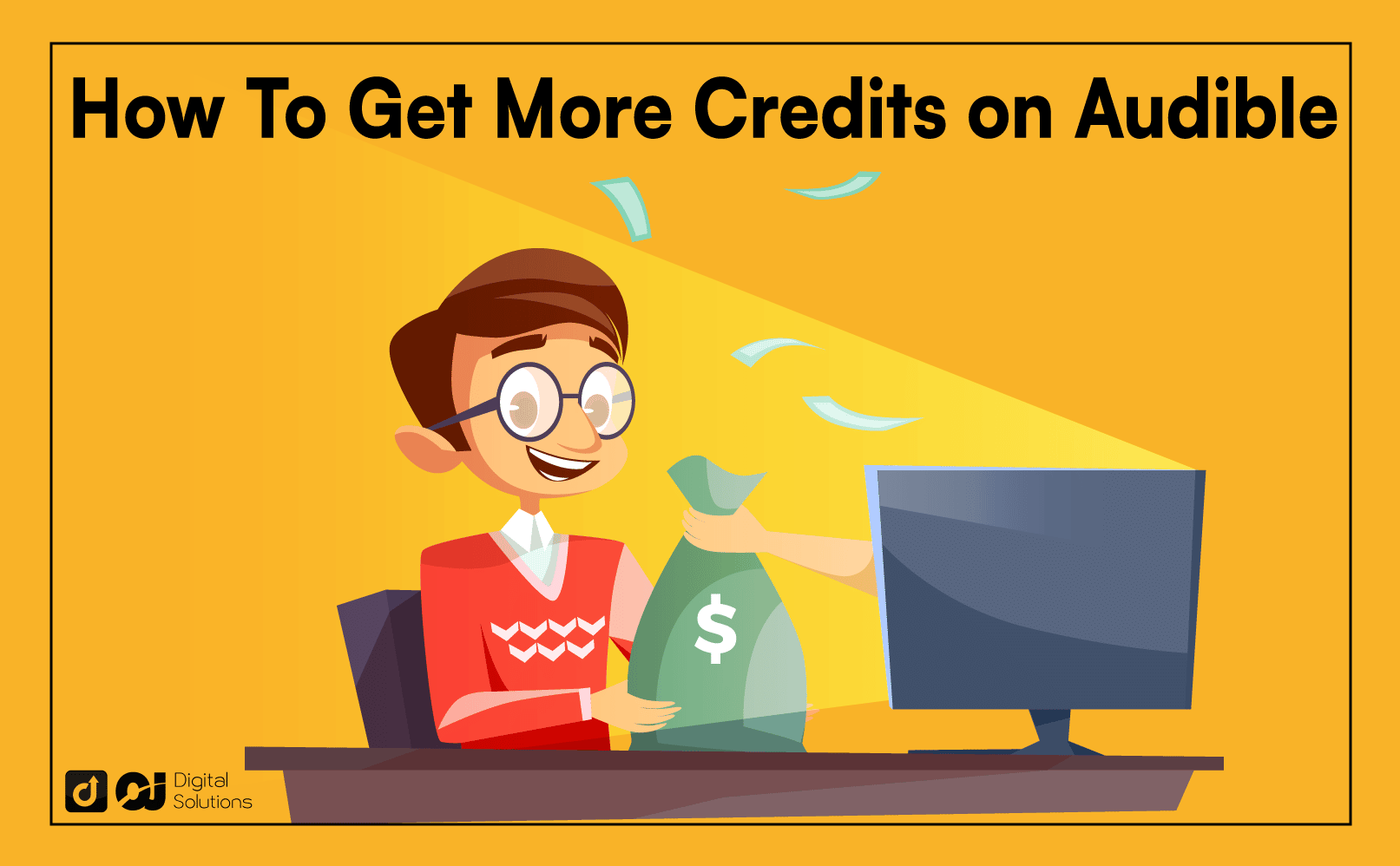 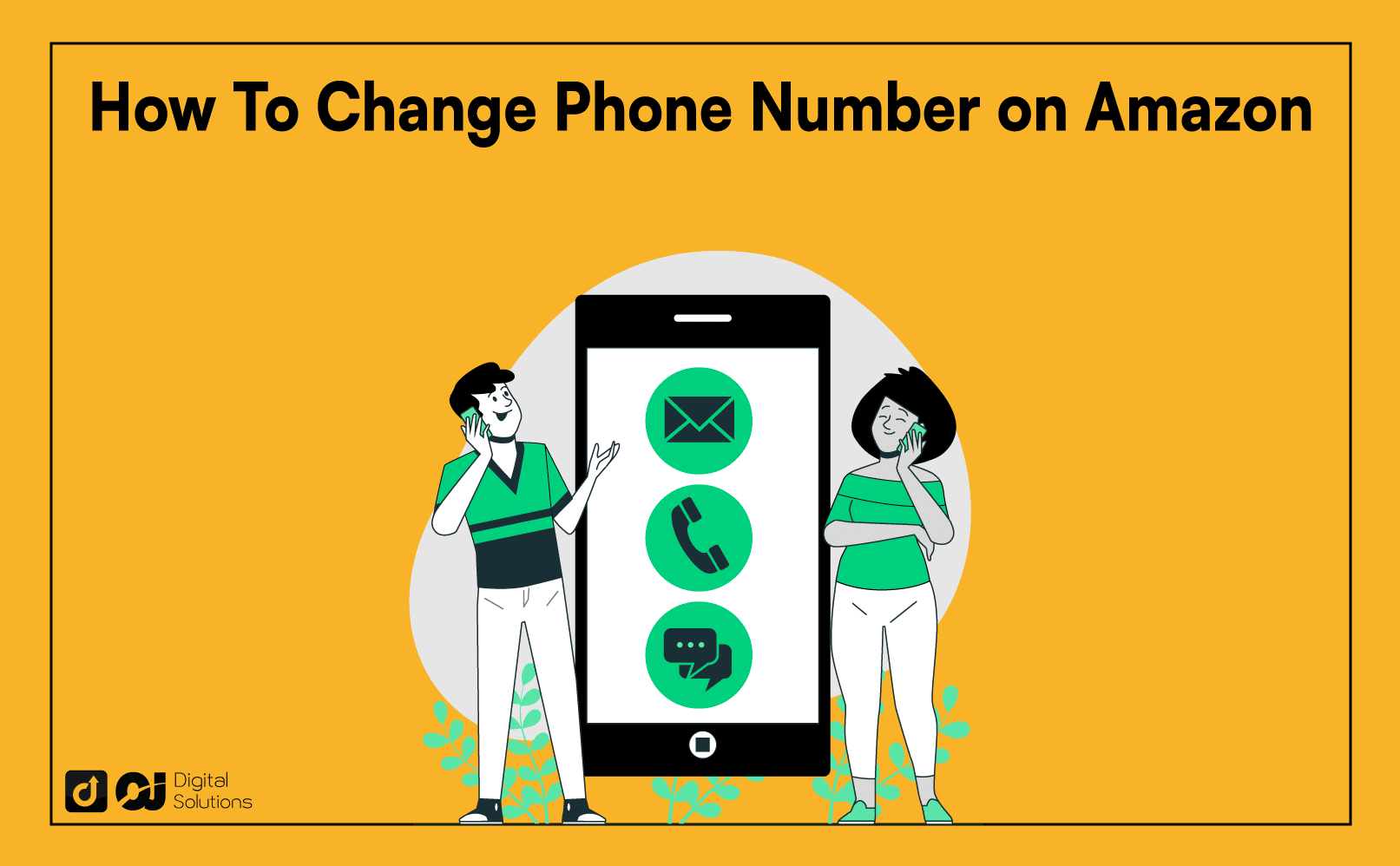 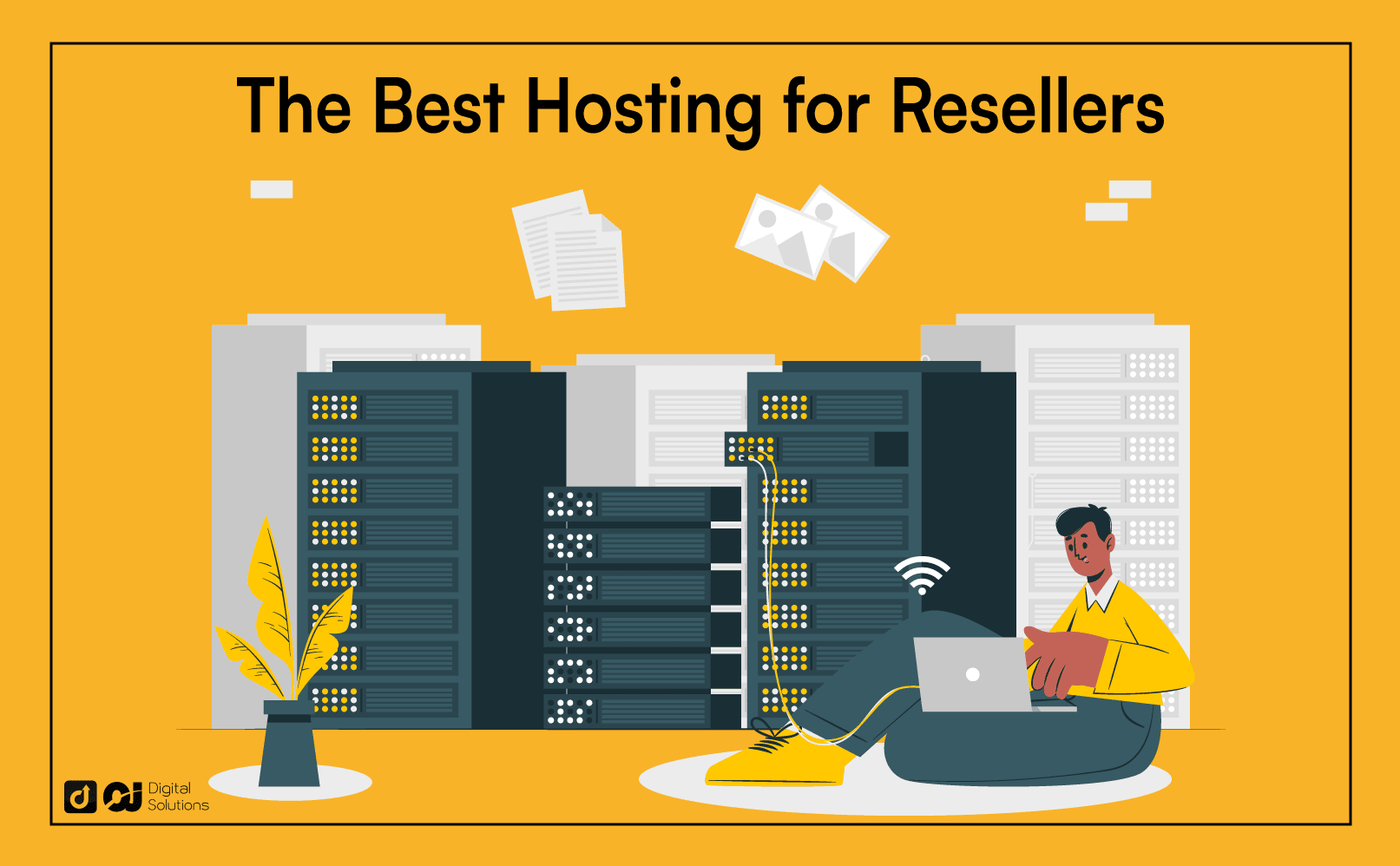 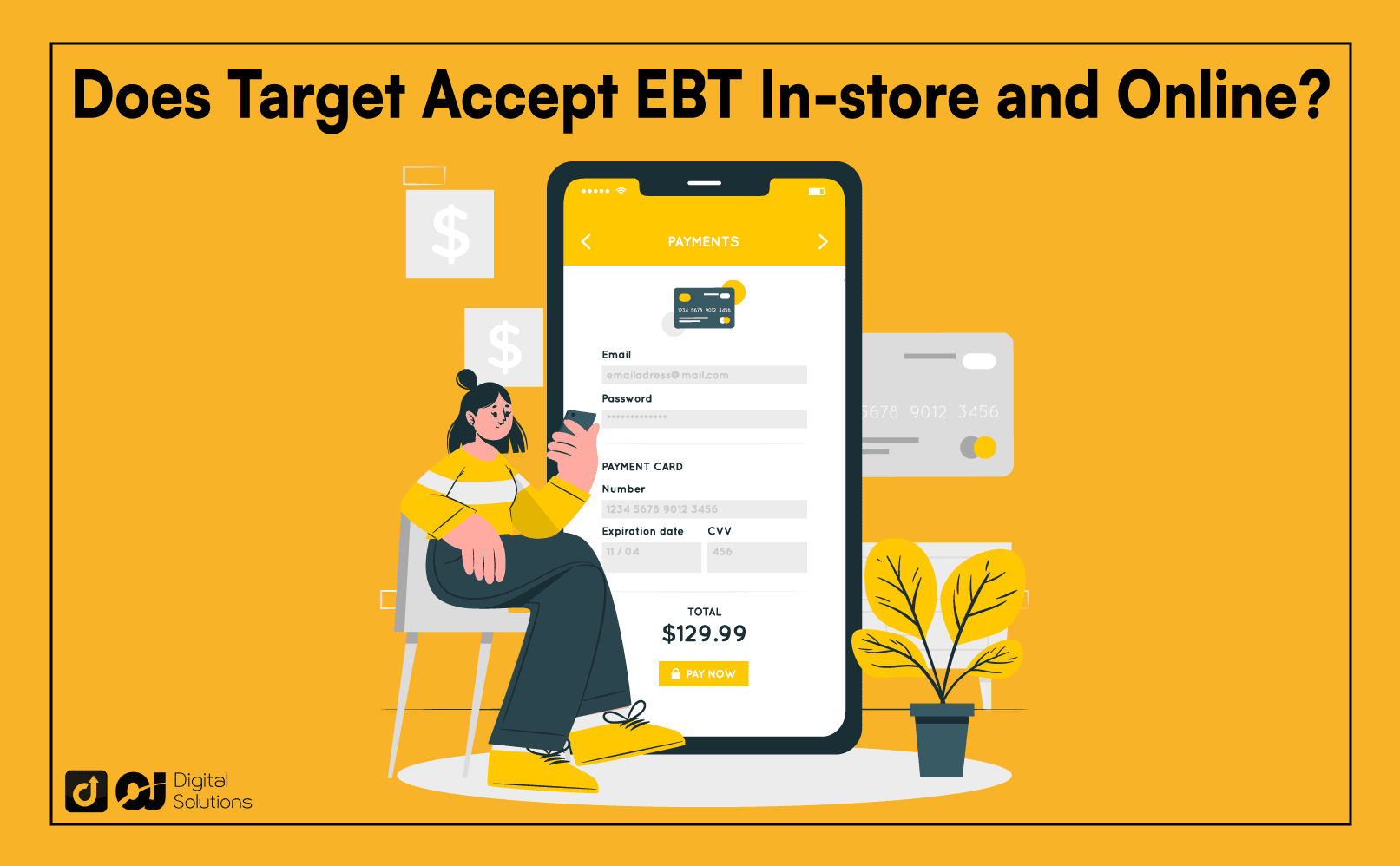